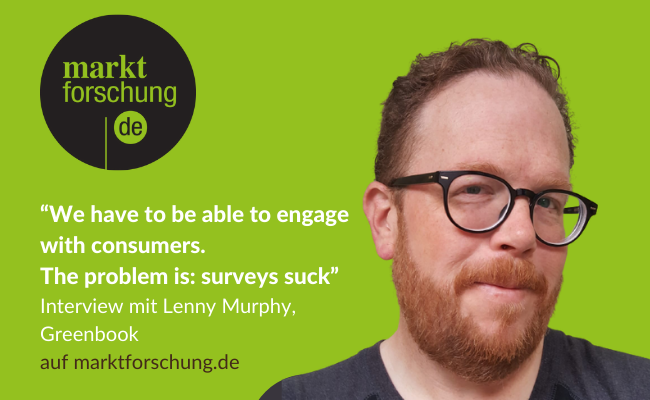 How has the Corona pandemic changed the insights industry, especially in consumer research?

Leonard Murphy: Do any of our norms prior to 2020 still apply? Well, in many categories they don’t. Behavior has changed and so have priorities. People are just redefining their lives in a variety of ways across the board. The human element is becoming vitally important from a strategic point of view. I think that’s huge. On the other hand: When we particularly looked at the rapid shift during the pandemic, it appeared that the industry moved towards being entirely led by technology, and service was going to decline.

As the things now have stabilized, we have found: No, it actually looks kind of similar as it always has. I still would say that the industry is technology led but service driven. Technology is the enabler from an efficiency perspective, be it AI, virtual Qual, etc. But the service foundation, the thinking of the industry is still required.

What do you see as the overarching trends or the most important themes in consumer research at the moment?

Leonard Murphy: 2020 accelerated trends are in play, especially towards digital. That was one of the key findings of our GRIT report. This trend was already there, it was just waiting for the right catalyst to gather speed. And digital qual is one of the most obvious drivers of this change.

Even in the more tactical applications, we have a shift towards ad testing and tracking, for example. Fairly tactical, fairly standard applications, that are important revenue generators for the industry. However, there is less service connection to those things, because they are being technology led and more automated.

The other part that I think is also a trend, that we need to pay attention to, is that we have a significant challenge around sample.

What difficulties do you see there?

Leonard Murphy: There are issues of sample delivery, which lead me to believe that we have to fundamentally rethink our value propositions to consumers. We have an engagement issue as well as a quality issue because of the way the industry has evolved to look like programmatic advertising, which I totally get. I don't want to call anybody out for doing anything bad. It makes sense from the efficiency perspective. But there’s been trade-offs, that are now really showing in the industry, and we are going to have a reckoning on redefining how we engage with consumers and addressing the supply and quality of the supply issues that are increasingly starting to impact us negatively.

You and I we grew up in the insights industry with probability samples. It still is very important, but it becomes less important from a buyer’s perspective every day.

From a commercial perspective we, as the research industry, will have to find a balance between good science and maybe something new.

We have to be able to engage with consumers. There is no way around it. The problem is: surveys suck.

What should the industry do to attract participants for surveys? Which role can gamification play at this point?

Leonard Murphy: There are already successful examples of this. Here in the US a few years ago Lays – the potato chip company – set up a marketing program “Do us a flavor”. Consumers could make suggestions for new flavors, and it was voted on within an app. The flavors that won, they made them. Like pickle chips. That was research. They were doing crowd research on new flavors. But it was pitched as a game.

Another example: Google Surveys and CivicScience were doing that. They used micro-surveys as a mechanism for accessing content. You want to read this article? Answer 2,3 questions and you move on. That was entertainment, but still survey. A very focused survey from a time standpoint.

Or take the game Farmville by Zynga. They said at one point to the public, they were not a gaming company, they are a data company. The game was a mechanism to gain data, to understand behavior.

Aren't there limits to manipulation and data misuse that are crossed at this point?

Leonard Murphy: We also have issues that you probably know even more in Germany like data privacy – from a legislation and a consumer standpoint. I think it’s lacking a little bit certainly here in the US, but it’s getting there. More and more people are conscious about how their data is used. People are aware that the data has value and that it’s possibly been used or abused in ways they don’t particularly align to.

Let’s look back to the case of Cambridge Analytica during the 2016 electoral cycle. The data analytics company had made a large-scale purchase of the data sets of a personality test previously conducted by a Cambridge University psychologist on Facebook. At the end of each test, participants had agreed to access their profiles and those of their contacts. It was a social thing, a certain fun thing. Share with your friends! Oh, we have this and that in common.

In fact, they were collecting tons and tons of data. This data was then used for micro-targeting in Donald Trump's campaign. The model behind also was developed by scientists at Cambridge University.

It was wrong, to be clear there. By the way, Attorney General of the US District of Washington, D.C., has just filed charges against Mark Zuckerberg on the Cambridge Analytica matter. But it serves as an example of a fun and engaging process. It was an incredibly successful marketing campaign driven by data.

Now, we as an industry have to think about how we bridge that gap: more fun, more social, more engaging on the one side, and transparent, and data privacy compliant on the other side. We have to get better at it.

Which MR agencies are currently setting the important trends?

Leonard Murphy: I’m really impressed with Perksy, out of the US. They are focused on millennials. They are making it fun for millennials participating in a research process without it being apparently research. I mean the participants know what they are doing: They are answering questions and Perksy uses their information. But experientially it feels different. It feels more like a Facebook quiz. Or Disqo, they are experimenting with new types of engagement with their consumers, which is passive as well as active in terms of asking questions. They monetize that in different ways and sharing it back with the consumers. Last but not least Zappi. They are the leaders in automation. We’ve seen quantilope and Attest and other companies that are following them in their footsteps.

What potential do you see in video analytics?

Leonard Murphy: Why did Facebook buy Instagram? For the images. They were building a global image library that they were deploying AI against to be able to identify faces and brands, logos. It was a training set for video analytics. Why did they do that? Oh, in Lenny’s background whatever logo…we can deliver an ad at him about that logo.

Apple did the same thing. Apple heavily invested in facial analytics and in video analytics a few years ago to drive their internal advertising ecosystem. It’s used for data, we see it has pragmatic business applications, they can drive revenue. We’ll continue to see that.

And of course, in the world of qual, at this point, if you’re doing an online focus, why the hell wouldn’t you do video analytics and facial coding. It’s a few bucks more and you get some interesting information.

Affectiva is probably the most interesting company that came out of that.  When we think about video analytics with facial coding. They built that originally. They build that training set for research. They sold to research companies to build a training set.

What trends do you see coming from AI?

Leonard Murphy: Primarily it’s an efficiency play. It’s about automation. AI will continue to drive efficiency. That efficiency is almost always around processes. And they are wiped to efficiency through AI applications. We will see more of that. Facial coding, non-conscious measurement, that the measurement is driven by AI…

But it will always come down to the strategic aspects of market research like humans.

A machine can describe the “Who?”, “When?”, “Where?”, and “How?” of things and make them easier to understand. I do not believe that we are anywhere close to an AI understanding “Why?”. That is still the purview of humans.

“Why?” Is the paramount strategic question followed by “And now, what?” And that’s where traditional management consultancies are coming from. I think we will see more blurring there. We will see more specialization in specific business issues or specific categories.

How much market research will take place in virtual realities in the future?

Leonard Murphy: The Era of the Metaverse has been called out a few times already. I’m quite skeptical of if we will really get there or not. But there is a lot of money behind it, so I’m not going to dismiss it. A VR environment is clearly far more interactive and engaging. For example, it’s not really something new to do a virtual shop test. But there are companies that are beginning to experiment with how research could look like in that environment. Those are the ones to watch.

And from a form factor standpoint, if we are moving into the metaverse and are all wearing those headsets – why would they not record eye movement or have neurosensors on them? I personally find that a little scary. But if I had money, I would invest it into these kinds of enterprises. It’s going to pay off in 5 years, not in 2 or 3.

How will Research develop in the next ten years? Do you have any vision?

Leonard Murphy: If you asked me in 2019 I would have said “Yes”. Now in 2022 I’m not so sure. Research will exist as it currently does as an industry. There will be players, for sure. We will still be using data to deliver hopefully better experience for consumers and hopefully more useful information for brands. Who is pushing the button? That may look very different than it looks today.

I think research will be integrated far more into organizations that are primary conduits for consumer engagement.

Is this still a matter of ten years from now? The collected data will be used to be monetized, to drive advertising or product acquisition. Which is the world we are living in today, but I think it will be more tightly bound. There will be providers of licensed solutions, but also models in which these providers are acquired and integrated. Furthermore, we then will probably see more consultancies that will constitute what we think is the research industry today. Consultancies that are specialist for specific issues. Again. That happens now. We will see a condensing of that.

The skillset for researchers will still be in demand. In particularly qualitative researchers. I’m rather a kind of qual guy, too. Writing a good questionnaire may become archaic. If writing a good questionnaire will be in the mentioned skillset in 10 years from now, I don’t know. But talking to people, understanding people, connecting dots, and communicating effectively the “Why?” and answering the “What now?” – that is going to increase in value. And I think that promises a very bright future for many folks. 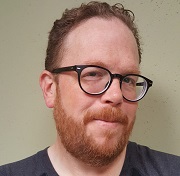 Lenny Murphy is an advisor to 17 companies (many of them start-ups), a Board member of several Academic and NGO organizations, a consultant to many brands and supplier organizations, a facilitator of partnerships and investments, and a sought-after speaker globally. The GreenBook Blog of which he is the editor is the most read industry blog in the world and the event series he produces, IIeX, has grown to become one of the top 5 industry events in the world. The GRIT report is the most-read and cited strategic planning report in the insights space. 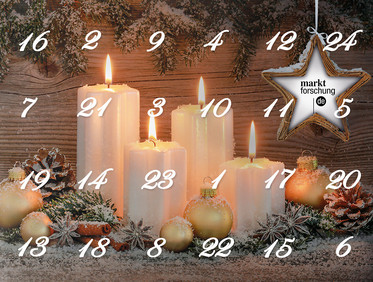