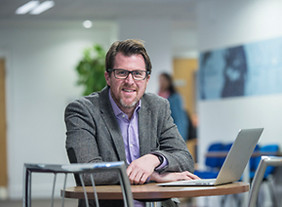 marktforschung.de: Even though this issue will be in the spotlight of your keynote at the GOR 2017 we would like to know in advance what main reasons you were able to work out within your report on the disastrous predictions made prior to the UK General Election 2015?

Patrick Sturgis: When the polls are wrong, there is a finite number of potential causes. The approach we took to identifying the key problems was to assess the evidence in support of each possibility and, where the evidence was weak, we rejected a possible explanation. So, it was a bit like a crime novel, where the suspects are eliminated one by one until only the true perpetrator remains! So, for example, we were able to rule out the possibility that people had changed their minds between the final polls and election day – what pollsters call 'late swing' – by examine polls which had returned to respondents after the election and asked them how they actually voted. There was little evidence from these re-contact surveys that people had changed their minds very late in the campaign. After eliminating many possible causes, we were left with one contender – unrepresentative samples. This means that the ways in which the pollsters collected their samples of respondents simply included too many Labour voters and too few Conservatives and the adjustment procedures they applied to their data did not mitigate theses biases. We also found more direct evidence in support of the conclusion that unrepresentative samples were the problem, such as comparison to estimates from high quality random survey that were undertaken shortly after the election.

marktforschung.de: With regards to the upcoming elections in Great Britain, what conclusions do market research institutes draw from it? How can other European institutes learn from the mistakes?

Patrick Sturgis: Pollsters in the UK have been experimenting with different approaches to improve the composition of their samples. In many ways, this is dependent on the particular methodologies used by each pollster to collect their samples but they are broadly focusing on widening the pool of respondents that are sampled in the first place, or on enhancing the variables used to adjust the samples to be more like the population of voters. For example, several pollsters have been experimenting with weighting to adjust for the over-representation of politically engaged people in poll samples, which is a known problem for virtually all pollsters because, unsurprisingly perhaps, more politically engaged people are more willing to take part in polls and surveys about politics.

marktforschung.de: What are the consequences of Trump’s rather surprising victory in the presidential election?

Patrick Sturgis: The implications of the Trump victory are a bit more complex than many commentators (including me) initially thought in the immediate aftermath of the election. This is because the national polls were actually quite accurate in indicating that Clinton would win the national share of the vote. It was the state level polls that were the real problem in this instance and it is well known that polling at state level is more difficult for a number of reasons. The consequences were perhaps more troubling for the various poll aggregators and modellers than for the pollsters themselves because they were coming up with very low probabilities of a Trump win and this was a key factor, I believe, in creating the impression that Clinton was a shoe-in.

marktforschung.de: Do you follow the German elections and the according psephology? If so, how would you treat the AfD party within the polls and what kind of relevance would you be calculating with?

Patrick Sturgis: I'm afraid I don’t follow the German elections very closely in terms of the polls – I am a survey methodologist rather than a pollster. But from what I have seen, it is shaping up to be an interesting election with the AfD experiencing an upsurge in support reminiscent of that experienced by UKIP in the UK in 2015. Of course, the different electoral systems mean that the AfD is likely to benefit substantially more than UKIP did in terms of representation.

marktforschung.de: The term fake news and its corresponding discussion are getting quite some attention here in Germany lately. To what extent do you notice a change in the awareness of politics by the society of the western world? How does this influence the relevance of election forecasts and the handling of survey participants?

Patrick Sturgis: Fake news is certainly a very hot topic at the moment, even though the definition of what actually constitutes fake news is rather slippery. It does seem that electorates throughout the world are increasingly polarised and with that polarisation comes a tendency to evaluate evidence through the filter of partisan loyalties, what political scientists call 'motivated reasoning'. While this is clearly a challenge for democratic politics, I am not convinced that fake news makes the pollsters’ jobs any harder; the challenge of drawing representative samples of voters is formidable but rather orthogonal to the debate over fake news. It is often claimed that respondents deliberately misreport their vote intention to pollsters and one might argue that this tendency is greater in the age of Twitter and fake news but this is entirely speculative and, moreover, the idea that respondents deliberately lie to pollsters is generally over-stated.