Over the past decade, China has become a huge gaming country. As of 2019, China's video game industry has exceeded 200 billion yuan. Young people everywhere are increasingly immersed in Multiplayer Online Battle Arena (MOBA) mobile games and are keen to show off their mobile gaming trophies within their circle of friends. Parents who regarded games as "evil" 20 years ago could never have foreseen this phenomenon. 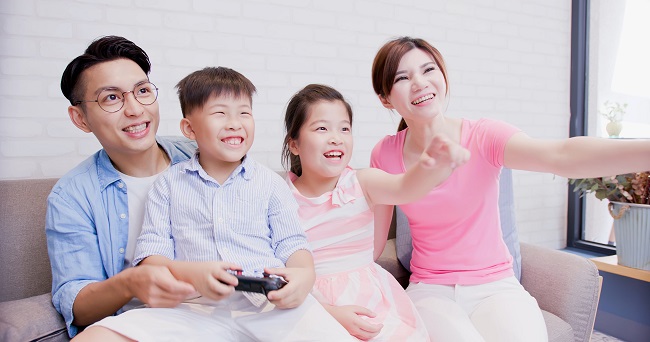 Chinese core gamers are playing an important role within the gaming industry. The origin of core gamers began in the 1990s when children were first introduced to Nintendo. They were fascinated by this colorful pixelated world that Nintendo created. Parents struggled to understand this new world of entertainment, so they prohibited or limited the time their children were exposed to these games. Some parents even considered video games to be "spiritual opium" and "electronic heroin." However, such restrictions has instead kick started the formation of China's core gamer groups. Many core gamers’ desire to play games were not satisfied as kids, so they now spend extra time and energy playing games to make up for their lost gaming time. Some particular characteristics of core gamers are: they enjoy an immersive gaming experience, they prefer AAA games that are very expressive, and they are very loyal to particular games and developers. The number of core gamers is relatively small in comparison to casual gamers, but they are the driving force behind the explosive growth of the Chinese gaming industry.

Core gamers are the pioneers within the gaming world and the games they choose to play are destined to be massive hits. All the current hot new games were first tested by the core gamers. The earliest prototypes of the MOBA game were tested and gradually promoted to the casual gamers. This gave birth to games such as League of Legends (LOL) and Arena of Valor (王者荣耀), which is the no.1 mobile game in China. The core gamers’ choice is usually the seed of popular games in the future.

Core gamers are also driving the development of video games. They are the most discerning group and have very high expectations for the quality of graphics, plot, gameplay and the overall quality of the game. Although they are loyal to their favorite game developers, they still firmly expect that the money and time they spend must be matched by a good gaming experience. They are willing to invest their time into a game and cannot understand other gamers’ habits of paying money to progress faster towards a point. It is their high demand for the fun of the game itself that has inspired many creators to innovate and further explore the essence of a fun game from all aspects.

China was once full of pirated games, but today, almost all Chinese core gamers would prefer to pay for legitimate games. This generation of children from the 90s has become the backbone of today’s society and now has enough financial ability to buy legitimate games. Though pirated games may save them some money, they clearly recognize that it isn’t good for the developers in the long term. This has encouraged more and more developers to launch localized games for Chinese gamers, or launch some local expansion packs to further expand the Chinese market. This is what Chinese core gamers like to see.

Chinese core gamers have begun to pay more attention to Chinese-made games and there are an increasing number of Chinese indie game developers making games to meet the needs of niche players. There is a growing fan base for all the different styles and categories of games, and this is a growing trend. From the perspective of big data, many reports suggest that the growth of Chinese gamers may have reached saturation point, but the taste and choice of games is a process of continuous development. Casual gamers may become core gamers as they dive deeper into the gaming world. A very interesting example is the indie game "Tales of Taiwu", which was released in 2018. As a "Wuxia" (武侠) simulator, the quality of this game is very high, but the gameplay is very difficult and complex. It seemed that only a small number of gamers could really enjoy this game. However, through the live broadcast of well-known influencers and the increased discussions within the gaming community, the game has sold more than 1 million copies to date, creating a domestic gaming sales record. Many casual gamers were happy to jump into this complex yet fun game. The key factors contributing to this great sales record are: growing awareness of the game spread via word-of-mouth from core to casual gamers, the strong cultural identity that the theme of this game has created (Chinese martial arts in a Wuxia world), and Chinese gamers urge to find their sense of belonging within the game. In another case, we could see how happy Chinese gamers were when Ubisoft, a French gaming company, added the "Wulin" (武林) characters to the game "For Honor".

Core gamers are influencing the people around them in many ways. They will play video games with their girlfriends, wives or children, and even with their parents, who once hated games. The time spent bonding with each other creates some sweet and unforgettable moments. These scenarios are a common occurrence, especially among young people. There are also a growing trend of games that specifically target women and children. As more and more non-gamers are attracted to this immersive gaming world through live broadcasts and streaming media, the core gamer community has a very bright future ahead.