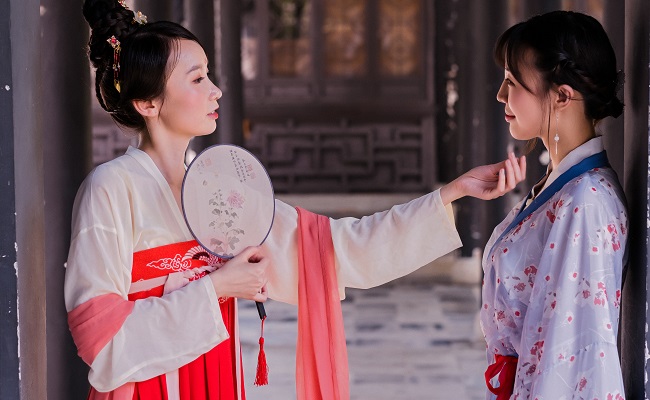 In the past years, there have been many discussions regarding young Chinese people's state of mind during their developmental stage. This is the stage where certain dissolution of previous identities is required in order to discover and form new identities. It is considered to be one of the most important transitional periods between childhood and adulthood. To put it simply, a person is no longer a child, but also not an adult as he/she has not yet reached adulthood. It is believed that this phase can create some levels of emotional turbulence and difficulties, as young people are stuck between two mindsets and find it difficult to adjust. This is particularly true for many young Chinese as the influences and pressures of modern hi-tech development; fast economical development and contemporary culture play an essential role in how they deal with their opportunities and challenges. The list is long and it can start with uncertainty about their identity, sexual preference, and gender and may lead them into a convoluted state of mind. As a marketer, we need to think about how our brands, products and services interplay with this mental complexity.

From what we have observed, more and more young Chinese have started wearing the traditional Han style clothing (汉服) rather than follow the mainstream trends from Japan, Korea and the West. Han style mainly refers to the traditional Han clothing worn by the Han people in ancient China, which was commonly seen before the end of Ming Dynasty (Around mid-17th century A.D.). The main features of the Han costume are quite unique: it has very wide and long sleeves, the collar is right handed, and rope ties are used instead of buttons. The Han costume provides a mannerism of implicity and restraint. It is aesthetically pleasing and has a sense of dignified, solemn and refined temperament. At the same time, the Han costume fully demonstrates the moral connotation of "benevolence, righteousness, propriety, wisdom and faith". It is also an important symbol of pure traditional Chinese costume art. Let us share with you some cultural insights about the Han costume and what it is associated with.

Confucius stated, "the upper clothes should be deeply connected to the lower clothes. Therefore, it is called the deep clothes". Deep clothing (深衣) styles embody the spirit of Chinese culture. Different pieces are well connected with each other and hence, have a deep and yet, embedded style. This clothing style symbolises the Oriental virtues of harmony between human and nature, magnanimity, fairness and integrity, and tolerance of all things. For instance, the wide cuffs symbolise the harmony of heaven while the right-angled neckline intersects and it symbolises authenticity. Correctness, a straight seam running up and down behind, symbolises humanity and integrity, while girdle around the waist symbolises balance. Separately, the jacket and the clothes symbolise the yin and yang, while four pieces of cloth are used to symbolise the four seasons of the year. Likewise, twelve pieces of cloth symbolise the twelve months of the year.

It is indeed a very interesting cultural phenomenon and we cannot help but wonder why an increasing number of young Chinese people are starting to explore their identity through the use of traditional costumes. Even though they are still influenced by western fashion trends and iconic labels, they are also seeking for something deeper and more in line with their cultural roots. The good old Confucius concepts have resurfaced among the young Chinese through the use of modern fashion statements and have become an anchor for finding their identity in this period of transition. "Who am I?" isn’t just a philosophical question that people ask only in deep conversations, it is also a question that counter-plays in everyday life through the use of fashion.