Eric Meerkamper, Global Head of Citizen Engagement, and an Officer of RIWI Corp. opens up not only about market research challenges in Iraq and Syria but also about his experience on building and fielding the largest ever survey on the role of women and girls across the Middle East. 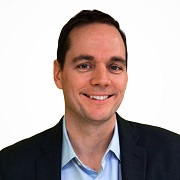 marktforschung.de: Mr. Meerkamper, thank you very much for your time. First of all, do you mind telling us what RIWI actually is about?

Eric Meerkamper: Sure, in short, RIWI is an all-device, all country, online survey technology and risk measurement system that addresses key global data collection challenges. We consider ourselves a sentiment analysis firm with a focus on documenting public attitudes in every country in the world using our patented Random Domain Intercept Technology™ (RDIT). We have completed well over 100 million respondent surveys and are the only company that can survey people in every country in the world, including some of the most closed and monitored societies. We also reach real people, not paid survey panelists. Our work ranges in scope, including: capturing macro-economic and market risk data, brand measurement, message testing, gathering attitudes on gender and sexual minorities, targeting refugee populations for their perceptions on a variety of issues, and successfully predicting elections and referendums such as Brexit, the 2016 US presidential election, and the recent Japan nation election. We work with a variety of groups including a leading global bank, US State Department, Harvard, United Nations World Food Programme, the World Bank, and many others. What they all have in common is the goal of reaching real consumers and citizens (i.e. not paid survey respondents) to gather the true opinions of any given population and geography.

marktforschung.de: Your clients are from the private sector, governments and NGOs – is working with governments any different from the usual business, and if so, how?

Eric Meerkamper: Not really. While there are some administrative or procurement differences, we generally work with senior decision makers who are seeking new insights on big questions, so they are actually a lot more similar than one might expect. Essentially they are all people seeking better, real-time, global intelligence.

marktforschung.de: You have been working together with the Munk School of Global Affairs Digital Public Square to build and field the largest ever survey on the role of women and girls across the Middle East. Can you please tell us about the project, especially, about the procedure and methods used in order to get replicable and reliable results?

Eric Meerkamper: We have been working with the Munk School for many years now. For this project, RDIT was used to survey over 30,000 citizens in 18 countries, determining how Middle Eastern women and men feel about issues related to women and girls. These issues included mobility, education, and employment, along with confidence and preference in various political institutions and forms of governance. The findings were then visualized into an interactive website which engages citizens on these issues and shows users how their own responses compare to others nationally and internationally. You can view an interactive visualization of the project results at aswat.me. We are confident in the replicability of our data for all of our work. While the global polling industry is being attacked in the press for constantly missing major election results, we continue to successfully predict major political events in Britain, Egypt, France, Italy, Japan, Turkey, and the US, to name a few.

marktforschung.de: When talking about market and opinion research in the Middle East – what is your approach if freedom of opinion basically doesn’t exist?

Eric Meerkamper: For us, the most important thing is the safety of the respondent, something often taken for granted with traditional research in developed markets. Because our respondents are completely anonymous we can safely engage them on politically-sensitive topics that they might otherwise be hesitant to comment on, particularly in countries where there isn’t necessarily freedom of opinion. This level of respondent protection isn’t possible with panel or SMS based approaches. We have found that people around the world really do want to provide their opinion on things that matter to them, they just seldom are given the opportunity to do so safely. Also, because our surveys are anonymous and conducted without an interviewer, our approach has been proven to minimize social desirability bias, especially on highly sensitive topics.

marktforschung.de: Do market researchers have to fear punishments or verdicts while doing their work?

Eric Meerkamper: We can’t speak for all market researchers, and we actually don’t consider ourselves “market researchers” as our approach is very different from the legacy practices. That being said, we do not have anything to fear while conducting data collection as our respondents as well as our surveys are completely anonymous, which allows us to regularly conduct research in repressive regimes and the most closed or “opaque” markets. For this reason, our methodology has been IRB exempted at the world’s leading research institutions for work in sensitive contexts. We are completely compliant with US and EU privacy regulations, which are the strictest in the world.

marktforschung.de: Please tell us about your market research experience in Syria and Iraq.

Eric Meerkamper: Over the last few years we have conducted a variety of surveys in Syria and Iraq, two countries that are often deemed essentially impossible to reach by traditional research companies because of the danger they pose. We work in these countries on topics such as gender equality, countering violent extremism, corruption, and education across the Middle East. In Iraq and Syria, we have also conducted surveys on the topics of religion, economic development, the effects of regional wars on citizens, working status, women’s rights and information privacy. Specifically in Iraq, we have partnered with ILGA (the International Lesbian, Gay, Bisexual, Trans and Intersex Association) to conduct the annual ILGA-RIWI Global Attitudes Survey To Sexual and Gender Minorities. Another interesting and unique project we have been working on has been to target Syrian refugees in Turkey, to gather perceptions on topics such as social integration and food security. Our geo-location capabilities allow us to reach communities along the Turkish-Syrian border, and specific neighborhoods in Istanbul known for a high concentration of refugees in order to gather data specifically from Syrian refugees, rather than the general population.

marktforschung.de: Can you give us an example of a hard-to reach-country where you have experienced positive developments for the market research industry?

Eric Meerkamper: Again, not speaking for the industry as a whole, but by using innovative technology, we can now access the formerly hard-to-reach countries with ease, and sometimes at even higher success rates than traditionally “easy” countries. For example, we have great success with data collection in many African, Latin American, South and Southeast Asian countries. This is because the web-using population is growing exponentially in large populations of semiperipheral countries, due to urbanization and modernization, globally.

marktforschung.de: What was your most challenging research case and why?

Eric Meerkamper: Doing massive, multi-country work is always challenging, especially when you’re trying to engage populations on highly stigmatized topics. For example, we had to work with our partners to figure out a way to conduct a survey on LGBT populations across 77 countries. The idea of “gay” or “transgender” aren’t consistent everywhere, so we devised more explanatory language that we thought would work in all contexts. It was hard work, and we engaged with leading experts on LGBT issues from every continent, but we believe that the result has been fantastic.

marktforschung.de: Thank you very much!

Eric Meerkamper is the Global Head of Citizen Engagement at RIWI Corp., a global survey technology, messaging, and predictive analytics firm whose patented Random Domain Intercept Technology (RDIT™) is the only all-device technology capable of anonymously and safely surveying citizens in every country in the world. Eric builds data partnerships and leads global citizen and consumer research and engagement projects with leading private and public organizations including: Freedom House, Harvard University, Oxfam, United Nations World Food Program, USAID, Viacom, and the World Bank. He frequently speaks on innovation in global data collection and the importance of gathering global citizen voice. Eric holds a degree in International Political Science from the University of Western Ontario and an MBA from the Ivey School of Business.

RIWI is a global survey technology and sentiment analysis firm that gathers citizen opinion data and accelerates engagement initiatives in every country in the world using its patented RDIT technology. To date, RIWI has surveyed over 100 million people in over 50 languages and in every country in the world. RIWI’s partners include global organizations such as: Bill and Melinda Gates Foundation, Freedom House, Harvard School of Public Health, ILGA, Inter-American Development Bank, MasterCard Foundation, Omidyar Network, UNICEF, UN World Food Program, US State Department, World Bank and others seeking better opinion data and more effective ways for directly engaging citizens. 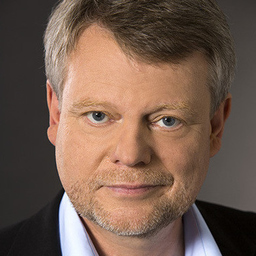 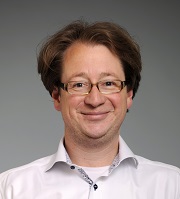 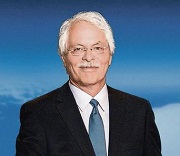