Beginning of March, the 2021 Qual360 Europe took place – completely virtual. How do online research conferences differ from those in "real-life"? In his report, Edward Appleton recaps his very different experience on the virtual market research conference.

Big "but": it was the first digital market research conference I had fully signed up to – including a virtual booth – so I was apprehensive.

Would attendees really stay listening to content – or get digitally distracted and drift out?

Was the effort of creating a virtual booth really worth it? Opinions amongst folk I had talked to with more experience of digital conferences in 2020 were mixed.

The conference theme chosen was extremely broad – "Turning Challenges into Opportunities". Not quite click-bait stuff.

Well, I shouldn't have worried too much. It was three days packed with cool content – at a price point of Euro 99,-.

It was, however, totally different from attending a normal conference.

I only picked up a fraction of the talks for example – but I could tap into recordings at will more at least immediately after the live sessions had finished.

The overall impression was more one of individual talks than an uninterrupted and carefully crafted narrative that I was used to from f2f conferences. So I hesitate to describe the "themes" that emerged, as my experience was incomplete.

That having been said, here are some of the things that stuck with me this year:

Attendance was impressive, particularly from client side participants – upwards of 160 registered, and an a showed-up percentage of 70 percent. This far exceeded the numbers attending in 2020 in the F2F Berlin event.

According to the organisers, the clear majority (80 percent +) of those who joined a session stayed until the end.

The calibre of the companies and speakers attracted was impressive - senior insight leads from Mars, Google, Nestlé and many more shared their view on the digital transformation of qualitative research.

It had a more sense of global perspectives being shared rather than regional or even national/local.

It was also on-the-pace, and very driven by current commercial practice. There wasn't too much repeating what the qual world seems to now know and accept, namely that digital works really well, for example, is hugely democratic, offering speed, cost and geographic spread advantages to name a few.

Equally that digital qual can't do everything. Immersions for example, or research in unfamiliar territories; or in places where smartphone access is still limited.

The focus was on practical application – and yes, exploring new frontiers.

Tech raised its head in many forms – Kantar (Thomas Schleicher) shared a chat-bot function allowing users to interrogate personas in real-time, getting answers generated by an NLP informed AI function.

Happy Thinking People (Barbara von Corvin/ Johannes Pirzer; full disclosure of course) shared a wonderful case study with Leifheit (Thomas Diehl) on how digital ethnographies allow clients and researchers to get "close from a distance" with all the granularity and depth of insight of F2F. They described this approach as heralding in the new normal in qual.

Mars (Sorin Patilinet) detailed its global practice of relying totally on EEG for all pre-testing of finished advertising, with no questions of participants asked whatsoever. A protocol which didn't stretch to animatics, interestingly – a point uncovered by a timely question from the digital audience.

The mighty search-engine google (Josh Ayto) talked about how it uses qual research to get to the "why", to bridge the "do-why" gap, disentangle the disconnects between what people say and do. They shared details of a study that analysed qual datasets using a Behavioural Economics inspired lens, focussing on key biases.

Just Eat Takeaway.com (Emma van Emmerik, Manuela Stieger) very eloquently addressed the issue of how to ensure actionability of qual in times of remote working. They shared their strategies of what they termed the hazards of exclusion. This included language – the company refers to "collaborators" instead of "stakeholders", for example, believing the latter sounds passive. An interesting switch that may have raised a few culturally attuned eyebrows.

Nordic banking giant Nordea (Matilde Fogh Kirkegaard) talked about internal processes and structuring of in-house insight teams. The company meshes together qual with quant via inter-disciplinary team composition, notably Data and Decision Scientists – the latter being a new discipline to me at least. Their insights function sits as a Group function within what they term Data – and not, as is often the case, within Marketing. This enables much broader exposure to diverse business challenges.

The limits of digital were discussed in an engaging, anecdotal manner.

Sports equipment manufacturer Salomon (Yasmin Dufournet) stated how immersions are difficult to replicate digitally. She recalled an observation in f2f fieldwork from a few years back.

A lady who found nowhere to put her car keys before engaging on an outdoor sports session simply hid them under some leaves. A lightbulb moment for the innovation teams.

She also talked for many of us when narrating her own journey to digital qual over the past 12 months.

She recalled the early pandemic days of Q2/ 2020, characterised by concerns, qualitative doubts: that people wouldn't react normally for example.

Only a few months of working with online qual lead showed how rich digital insights can be, how willing people were (and are) to open up and talk. Research sessions occasionally seemed even therapeutic.

My personal favourite talk was from Nestlé's Consumer Insights Lead Florian Heyden. It was more like a TED talk than a market research piece.

He was passionate about qual in many ways. He stated emphatically that data and insights are totally different entities. That increasing amounts of data do not equate to a corresponding increase in powerful insights.

He continued by correcting misperceptions about qual: wrongly slighted as potentially misleading, too anecdotal. Mr. Heyden described "quant" as equally (potentially) ridden with bias, and in no way superior.

He used some powerful words, with a strong call-to-action character, that I noted in detail:

"Data on its own its useless –  it's simply a tool to understand people, but won't give you true deep understanding of emotions that drive consumer behaviours.

It will never replace talking to consumers.

Focus on the humans, not the data – be insight managers, don't be number crunchers."

IS QUAL REALLY BEING TRANSFORMED DIGITALLY?

My sense – from the talks I picked up – is: yes. It's changing, growing in stature.

Linking with quant is a powerful step in this process. It allows "thick data" folk tap to into prevailing number-driven client-side cultures more easily.

Digital certainly improves qual's reach, both internally and externally. It allows the voices and emotions of real customers to touch many more stakeholders – or collaborators – across the organisation, including those in the boardroom. Or C-Suite. And as we know, qual is the queen of storytelling - which certainly sounds better than "anecdotal" 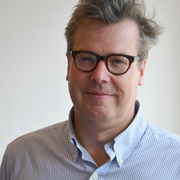 Edward Appleton is director of global marketing at Happy Thinking People. Appleton has worked in market research for over 20 years, both on the client and agency side. Previously, he was on the client side.

Prior to joining Happy Thinking People, he was Senior Consumer Insights Manager at Coca-Cola and European Market Research Manager at Avery Zweckform, Munich.

Professionally, he started in the UK, his home country, at the quantitative institute Mass-Observation in London. He moved to the client side at Nestle UK before relocating to Germany to set up strategic planning at Grey Düsseldorf.