A Brexit post-mortem from the perspective of behavioural economics. What went wrong?

As a UK citizen, I could not ignore writing a column this month that in some part acknowledged the historic decision that the people of the UK have just made: the decision to leave the EU. It was a close decision, with opinion pollsters wholly inconsistent in the run up to the referendum as to whether "Bremain" or "Brexit" would finally clinch it on the day. 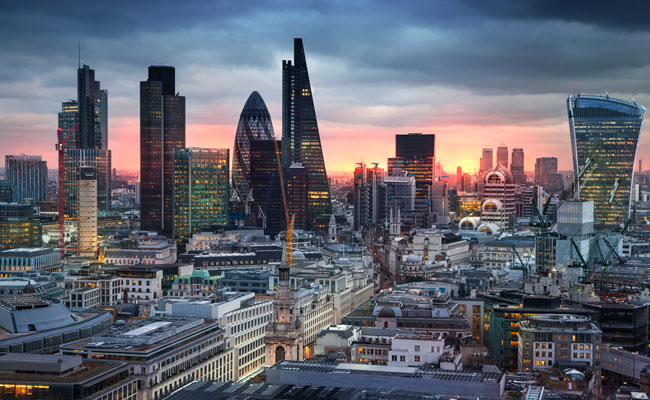 A Brexit post-mortem from the perspective of behavioural economics. What went wrong? (Bild: IRStone - fotolia.com)

In the end, shock and incredulity prevailed amongst the Chattering Classes and the Media Fraternity as the people of the United Kingdom effectively decided to stick two fingers up at the Political establishment, alongside so called financial "experts" (who almost unanimously prophesized at least a decade of doom, gloom and misery in the event of a Leave vote). Ultimately, people voted against the notion of an ever closer political union with Europe. The general rhetoric amongst those who voted to Leave apparently centred around three simple but crucial themes. 1: "we want our country back", 2: "we don't like being dictated to by faceless bureaucrats in Brussels", 3: "we need to bring back control of our borders".

Deplorable scare-mongering tactics were deployed by both the Remain and Leave campaigns. Highly charged debates discussing sensitive issues such as immigration became personal and often crude. Agreement about "the facts" as to what the future would look like in the event of a Remain or Leave vote was few and far between.

Our industry has long been championing the role of behavioural economics and neuroscience as a bona fide alternative (or at least adjunct to) traditional market research for better getting under the skin of how consumers really make decisions and, moreover, the disconnect between what they say they do and what they actually do.

Yet as an industry practitioner, I have been somewhat surprised by how late many UK research agencies, including the Pollsters, have arrived at the party in terms of using behavioural economics as legitimate armoury in trying to identify (or more accurately predict) how people will vote in elections and referendums etc. Arguably, too much attention is still being paid in survey design to "rational" responses about voting intentions, agreement statements about issues that are of priority to citizens (such as the economy, immigration, national health service etc.) and the role of past behaviour as a predictor of future intent. Since the 2008 financial crisis, in the wake of which most people have taken a personal hit in some shape or form, and, moreover, as the explosion of a digitally connected, social media literate world continues apace, the role of heuristics in decision-making has started to change rather markedly.

In a world which is always on, where rolling news is gushing and constant, citizens increasingly find themselves unable to grasp universal truths and facts, often because these are absent in a world of media noise and permanent clutter. This was noted poignantly by many undecided voters during the referendum campaign. The undecideds were craving "facts": they were craving absolute rather than at best relative or at worst ducked answers given to various questions about what would happen in the event of a Leave vote.

Tools such as IAT (Implicit Association Tests) ought to have been more widely used in referendum surveys to ascertain the disconnect between the rational and the irrational, in other words, better identify the grey areas, the paradoxes and subtle nuances that were apparent at both individual research participant level, but also amongst wider cohorts e.g. towns, regions, age and demographics etc. Although there was a complete and utter lack of clarity about the specifics of what would happen in the event of a Leave vote (i.e. the UK would be taking a leap into the unknown), this was ultimately ignored by the c. 52% majority who voted to leave.

In fact, the Leave campaign leveraged their rebuttal of Remain's "Project fear" campaign to reverse psychology effect. The more I tell my 3 year-old daughter not to do something, the more she is likely to want to try it, to defy her parents in order to see what actually happens! The people of the UK ultimately voted to defy the Government of the day - the people called the Political elite's bluff. Had those in the Remain camp paid closer attention to what was actually being heard and said on the ground by the electorate, had they delved more deeply into social media commentary outside of "Influencer" elites (typically championing Remain), they might have better understood the genuine issues and concerns faced by the working man and woman on the street and changed campaign course to address those issues head on. Instead, the establishment choose to believe that a vote for "better the devil you know" and a reverence towards heeding "expert" advice would prevail.

What the future holds for the UK both inside and outside of the EU is unclear. I am certain, however, that the Leave campaign used behavioural economics and game theory more subtly and (based on the end outcome) to greater effect in persuading UK voters to cut ties with Europe. The Leave campaign used psychological priming, confirmation bias, framing, decoy effects amongst other tactics - all rooted in behavioural science – to champion their cause more effectively. All of this despite some central campaign characters (e.g. Nigel Farage and his UKIP party) being widely vilified as racist, divisive and corrosive to future UK stability.  Overriding such side-shows, however, emotional messaging such as "we can be great again" and "let's take back control" even worked in favour of Leave in parts of the UK. Wales, which benefits disproportionately from EU funding, still elected to leave!

Decision making hierarchies – whether for which party to vote for in an election, whether to opt in or out of Europe, right through to which Jeans, Car, Phone or Breakfast Cereal to buy – are becoming more irrationally irrational. Now, more than ever before, to ensure the survival, credibility and essentially legitimacy of market research, we have to get to grips with new decision making practices. Let Brexit and the false assumptions made as to how people would actually vote be a key lesson for our whole industry, not just the political classes.

Adele Gritten is Managing Director of Key Accounts of Future Thinking. Previously she was European Managing Director of LRW Europe (Lieberman Research Worldwide). Prior to joining LRW, Adele spent five years as Commercial Director at YouGov, latterly overseeing the company's 5 core consulting verticals: Media, TechTel, Financial Services, Public Sector and Consumer. Adele started her career in media strategy, planning and research at CIA and Omnicom owned agency PHD. She also spent time as Head of Research for Clear Channel and as a Director for Quaestor Research and Marketing Strategists Ltd. Adele has an MA in Social and Political Science from Cambridge University.